Conduct is a cooperative adventure board game with card-based combat. While steaming into New York harbor in 1909, the Lusitania has been beset by supernatural horror, and a diverse group of historical figures are trying to make their way to safety. Different branching storylines lead the players through the ship, while their decisions along the way affect their path, their character development, and the story itself. During combat encounters, players arm themselves with the items they’ve found along the way, then use their individual card decks to improve their actions. The fast-paced combat emphasizes teamwork and movement, while the meticulous maps, narrative interludes, and historical detail establish the rich setting. 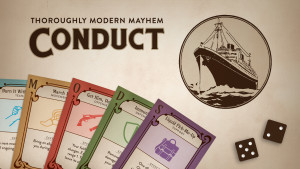 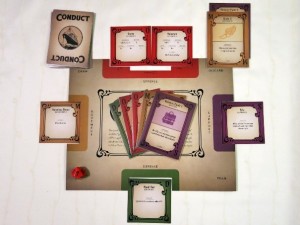 Norwester Games
Based in Seattle, WA